BARUT HOTELS’ HAPPY STAFF-HAPPY GUESTS PHILOSOPHY HAS BEEN THE SUBJECT OF THE ACADEMICIANS ARTICLE IN THE UNITED STATES.

The employee satisfaction-oriented innovations implemented by Barut Hotels in accordance with its philosophy of happy staff-happy guests achieved successful results.

The innovative approaches of Barut Hotels towards its employees increased the employee satisfaction rates of the group. An article on ‘Impact of Employee Meals on Employee Satisfaction and Hotel’’ was written in the joint study of academicians from Auburn and South Florida Universities in the United States and Group Director of Human Capital of Barut Hotels. Approved by an arbitration committee consisting of several professors prominent in their fields in the United States, the article was published in the Refereed Journal of International Association of Hospitality Financial Management. The article details the success achieved by serving the employee like a guest. The 20-page long article explains that the service industry is based on the intense interaction between staff and guests; happy and satisfied staff offer better service to guests, and happy guests play a very important role in the profitability, financial success and sustainability of the company. In the article, the expressions ‘‘the relationship between employee satisfaction and financial performance is mediated by customer satisfaction, which is directly associated with the financial performance; contrary to popular belief, monetary incentives are not the only motivator, not the main one. (Sorauren, 2000) "The best way to motivate people is to treat them as human beings." are noteworthy. It is seen that similar issues are discussed in the results of the studies carried out in various periods and shown in the article; the study, carried out in Turkey in 2016 by the academicians Erdem and Duman, shows that the serving way of employee meals has a positive impact on job satisfaction.


İbrahim Hakan Yılmaz, the Group Director of Human Capital of Barut Otelleri BHM A.S., stated that accommodation, transportation and fringe benefits have been also mentioned in the article series as part of their academic study and the results of the study will be announced in the upcoming days. Saying that academic studies play an important role in restructuring and establishment of the governance form of the group, Yılmaz added that the articles serve as informative resources for the accommodation industry worldwide. Giving the details on the project of transforming the employee dining halls of Barut Hotels into bistro’s, Yılmaz noted that the architects designed the spaces by taking into consideration various details, and whole decoration and equipment of the existing employee dining halls were completely renewed, and modern environments were created by use of warm, bright and dynamic colors. It was stated that there was a significant positive increase in the scores when compared to that of the same period of the last year in the regular employee satisfaction surveys consisting of thirty three questions.

The academicians, in collaboration with Barut Hotels, used an experimental method with secondary data for this study. The researchers worked with the management team of the hotel. The hotel made innovations in its employee restaurant. Three months long data of employee satisfaction was collected before and after improvement in employee restaurant and food service. In addition to their study, the researchers also utilized from the survey results of Barut Hotels and obtained the following results: 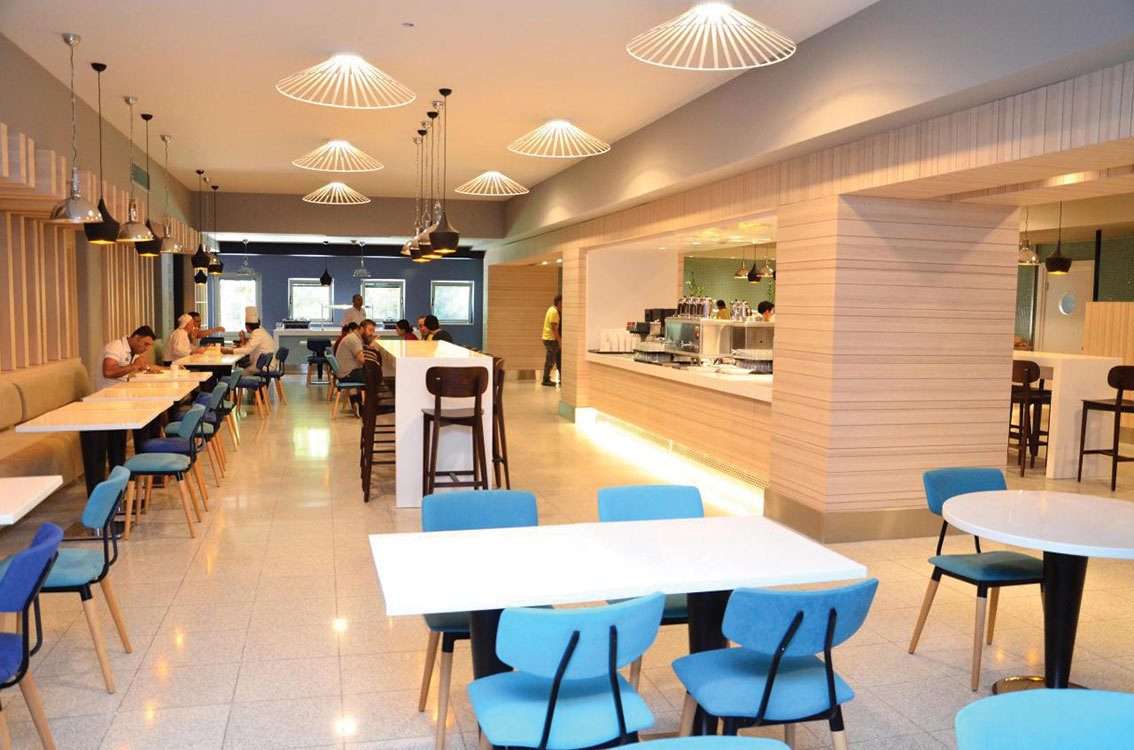 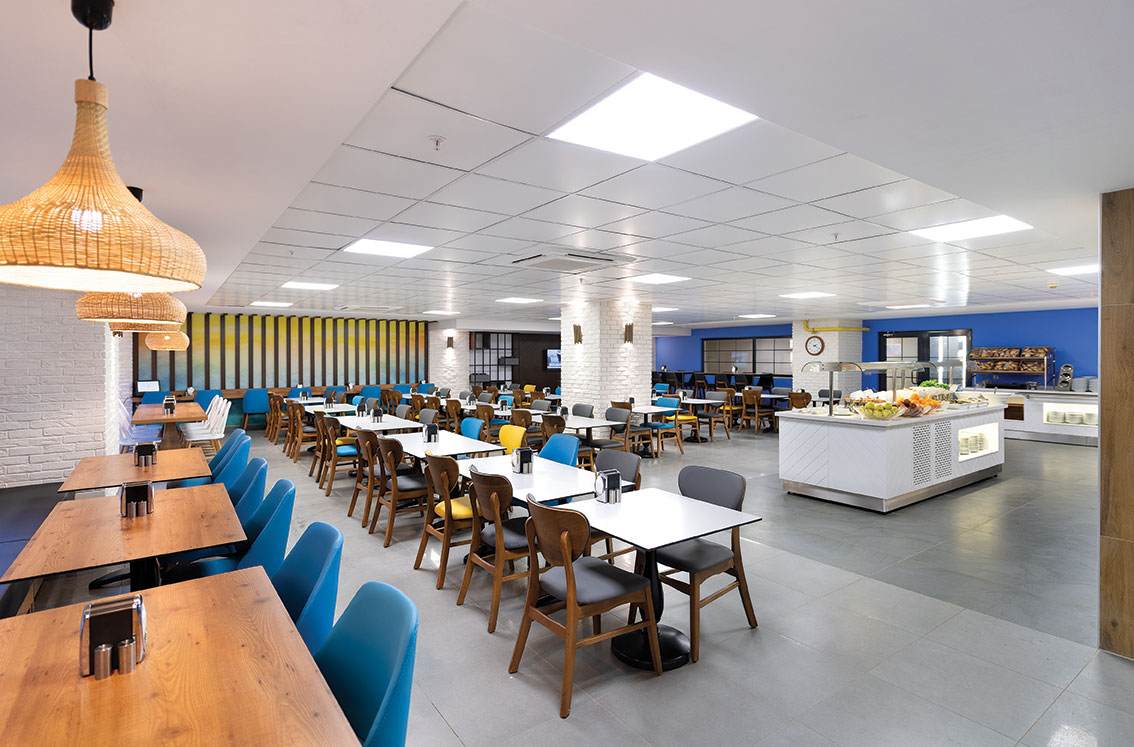 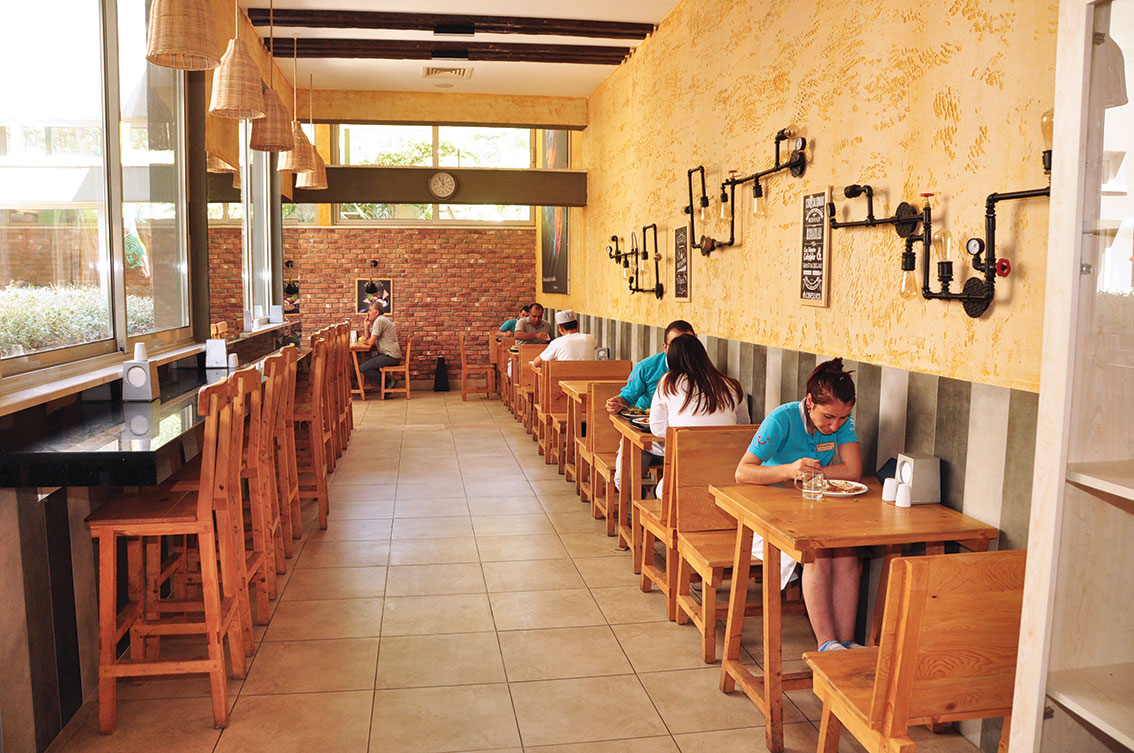